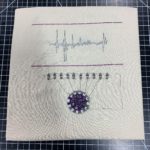 Critical Making as an academic discourse, and the second maker project as an individual (and collaborative?) endeavor have both been empowering and emancipatory. I say this not only from a personal feeling of achievement, but also because I feel that now I am equipped with an analytic lens that enables me to see how both ‘critically making things’ and ‘making critical things’ work in tandem towards achieving a set of goals. On a personal level, the projects which I have completed as the requirements for this course have inspired me to reassess my position and rethink my identity as a scholar alone – I have now begun to reimagine my future endeavors as a scholar-maker. While the first maker project was guided and instructional, the second project challenged imaginative diversity, and demanded more individual imprint. It is here that the experiences were particularly productive because, Critical Making, then for me, became a way to reflect on the shifting of perspectives (Boggs et. al., 324). I was not only engaging in discussions and dialogues on critical issues that interest me, but was actively making an object that would invite critical engagement and demand attention from a wide variety of publics and counter-publics. The affordances of the latter, at least for me in this particular temporal conjuncture, outweigh the affordances of the former.

My previous training in Cultural Studies has generated a strong inclination towards the issues related to inequality, oppression, labor, hierarchy, and resistances of all kinds ands manners. Therefore, in conceptualizing the second maker project, I wanted to incorporate my learnings of circuitry and embroidery from the Critical Making class and make something that speaks to my intellectual identity and capacity. In doing so, I was hoping to mobilize specific facets of ‘critical making’ which would address certain social issues in ways normative dialogues and discourses could not. Even before I had begun to conceptualize my project, I knew that the the general objective of my maker project would be to make a maker-piece that contributes, even if it is a near insignificant contribution, towards eradicating social injustices. One of the key objectives was to address the issue of ‘transparency’ – that critical making practices question general and normative assumptions, thinking, understanding and perceiving, by making certain implicit politics more transparent (Kafai and Peppler, 179). Therefore, by invoking visual transparency, in the first iteration of the project, I strived to address the issue of historical amnesia and/or social amnesia as characteristically present within groups of people who identify
themselves as forces of resistance to the existing socio-cultural and political status quo. Although conceptually, the project went through certain changes as it wrestled towards realizing what was idealized, and what was practically possible within the scope of the project, the final outcome, nonetheless took a step forward towards establishing potential far-reaching probabilities.

The conceptualization of the project was aided and influenced by the theories established by the scholars of ‘the Frankfurt School’, who identify the failure and/or nonappearance of revolutionary movements within the modern mass as a result of not being able to identify themselves as being oppressed and a collective forgetting of past events of oppression. Additionally, an initial and selective reading of James Clive’s Cultural Amnesia: Necessary Memories from History and the Arts, intensified the importance of being aware of past events as we move forward to the future. These ideas, in tandem with the affordances of critical making/crafting paved the way towards finalizing the model of my project. In this regard, Otto Von Busch’s notion regarding the oscillation of the potential for building resistance through craftwork provided helpful scaffolding. In his article ‘Crafting Resistance’, Von Busch establishes a connection between many historical instances of activist resistances and crafting practices. Referring to instances of activisms and resistances from the previous century, the author creates a bridge between the past and the most recent forms of activism modes and practices, all the while paying special attention towards the culture of these resistances and their relationship with DIY applications. The author argues that we should not evaluate the art and craft of today by its sheer aesthetic merits alone, but also should take into consideration what affordances these crafts have to offer in terms of shaping resistances (Von Busch, 77). Therefore, also in conceptualizing the project, I was thinking through the possibilities of creating an artwork that would encourage a form of long term and sustainable resistance practices.

As mentioned above, the final project (Image 1) went through substantial and productive changes, at least two, to be exact. Although corporeally, the design aspect went through minor changes, on a more semiotic level, the changes were affectually substantial. The final project was designed as a piece of decorative artwork, primarily a private and domestic composition, which will not only embellish the indoors, but also function as a relentless visual reminder of the resistances against oppression, for the members of that household. The artwork was initially conceptualized as portraying the promises of political freedom, solidarity, justice and equal opportunity, emancipatory promises on which national constitutions are built. As political and economic segregation and oppression continues, the artwork wished to serve as a reminder of the founding principles of a nation-state which emphasizes on more inclusive propositions. At a later stage, this conceptualization shifted from its political basis, and took on the essential leitmotif of gender and racial bias. In this probing towards the concentration of a more conscientious domain, the artwork now had found a clearer and more specific design trajectory. The final iteration of the project then, was a result of critical thinking, scholarly research, and informed making, emphasizing on design principles prior to the materialization of the project. Therefore, it became a critical piece bolstered by unique conceptual understandings and reinforced by constructive material perfection (Ratto, 252).

The completed project was titled ‘A Luta Continua’, borrowed from a famous Portuguese phrase (meaning ‘The Struggle Continues’), used as a rallying cry during the ‘FRELIMO movement’ that culminated into the independence war of Mozambique. This phrase, first used by FRELIMO leader Samora Machel, while inspiring his people against colonial oppression of Portugal, strongly captures the essence of resistance, struggle, and sacrifice. The project fabric piece envisaged to stimulate similar sentiments, and it wished to do so by accommodating two separate sections of constituents, one on top of the other. The top part was a visualization of a
phrase from a speech by Jose Marie Borja Viceral, professionally known as Vice Genda (Beautiful Vice), an influential television host and comedian from the Philippines. He is best known for his stance against gender oppression and is also the first openly gay endorser for Globe Telecom. In a moving speech at “Keri Beks: The First Gay Congress” held in Manila, the
capital of Philippines, Vice Genda proclaimed and reiterated that the LGBTQ community have an identity and a voice of their own. This particular phrase – “We have a voice. You and I have a voice. And to hear it is their only choice”, went on to become a lauded and popular identity-defining moment for the LGBTQ community in Philippines. I envisioned to reveal this phrase, through visual and material representation as for me, this call for gender inclusivity needed to appeal to not only the sense of sound, but also the senses of sight and touch. As mentioned above the idea was to create an artwork that would keep reminding everyone who encountered it, about its core standpoint, making possible a more enduring and lasting environment of resistance. The visualization was done through running the specific audio portions through Adobe After Effects and rendering a visual expression of the phrases. That visual design was then imprinted on a
piece of fabric using tracing materials, and later the design was completed by sewing an uninterrupted thread along the traced design. The bottom component of the artwork was intended to evoke a sense of journey towards freedom, and hence, was designed in the shape of a loading
bar. It was done be positioning LED lights one after the other, which would be controlled by a Lilypad Arduino. Due to certain design choices, the Arduino was positioned visibly below the LED loading bar, as it would kindle impressions of transparency – an important presentiment for an artwork that argues for freedom speech and choice. Making visible all the interconnected networks of the project, and their functions, also provided an opportunity to comprehend ways, how disruptive alternate cultural practices play a part in replacing dominant modes of cultural practice (Orton-Johnson, 141). The visible lighting-up of the LED bars in a particular coded manner, that resembled progress, destiny and freedom, and the Lilypad Arduino, that then could be interpreted as the mainframe that powers the wheel and makes these emancipatory futures possible, strongly appeal to its onlooker arousing specific emotions. The speech visualization and the loading bar mechanism both take turns in becoming the dominant piece of the entire artwork based on the viewer, yet, one without the other, is equally incomplete and futile.

I believe, this maker-project has a purpose. It might be sitting alone in the living room of a house where the ménage goes through different forms of oppression every day, giving them hope – that a revolution is coming and exploitation will end. The project may be one of hundreds more, that is a part of an integrated network which, collectively opposes the advances of
oppression in general, and individually serves as a reminder – that they are not alone, and that revolution and resistance must go on, until proper policies are mobilized to ensure the safeguard of vulnerable communities, from gender, racial, and economic biases and abuses. It is imperative
to note that this Critical Making project has also been envisioned as a DIY project, as a reminding note to oneself. As more and more people (oppressed and privileged alike) engage in making these kinds of tokens, that not only become mnemonic for their identities, their moments of inspirations, their beliefs and values, but also serve as an emblem of hope and gesture towards a collective possibility of social change, it is imperative that from these makerspaces, a more socioeconomically inclusive community may rise. Through these maker practices then, we can perhaps achieve what Red Chidgey calls “new border spaces for critique” (Chidgey 106), and from these makerspaces, the possibilities of ushering actual positive social change, seem promising.