With the evolution of 3-d printing, functional fashion is due a radical awakening.  I’m not talking about structural creations with which some of the well established fashion houses have begun to experiment.  Within the next decade we should see the capability to print human tissue using a patient’s own stem cells, and eventually biomedical engineers will be able to grow replacement organs and limbs.  For now, 3-d printing is finding a niche in artistic prosthetics.

When Bespoke Innovations started to gain momentum in 2010, industrial designer and co-founder Scott Summit drew on fashion trends, and design elements from luxury and sports cars, as well as motorcycles when assisting clients in designing their fairings for prosthetic limbs. A fairing goes over or attaches to an existing prosthesis in order to help regain limb symmetry.  Once the desired dimensions are established using 3-d scanning and software, Bespoke Innovations uses 3-d printers to create each custom-made fairing. 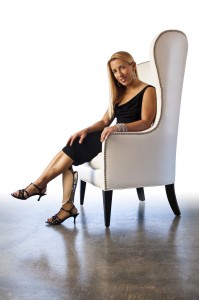 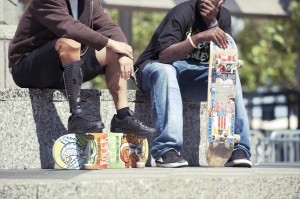 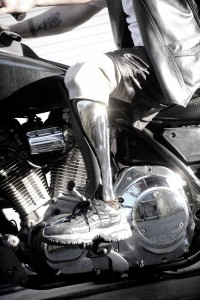 While Bespoke Innovations can turn an existing prosthesis into a functional sculpture, veteran and architectural designer Collin MacDuff is just one of a number of people who were so dissatisfied with the lack of function in available prosthetics that he began tinkering on his own.  MacDuff drew on 15 years of fabrication and welding experience to create his Biomechanical Prosthetic Finger (BFP), which mimics the natural flexion of the finger so that the prosthesis moves exactly the same way an existing digit does.  One glance and industrial chic comes to mind, which is particularly fitting since MacDuff crafted the prototype from a bicycle handlebar.

For now the BPF is manually assembled but it represents a shift in self-agency when it comes thinking about prosthetics.  Amputees need not rely on others when it comes to their own body aesthetic.  All they need is access to 3-d scanning and modeling software, and a 3-d printer.  Want to wear a brushed silver calve to your aunt’s Titanic themed wedding?  No problem.  How about a lighted pedicure to help you find your way to the front door without sloshing your new strappy sandals through any puddles?  A little more tricky, but entirely manageable for about $50 with micro LEDs and an Arduino LilyPad from SparkFun.

In addition to pioneering biomechanics and fashion, the two aforementioned designers have also tapped into the empowering aspects of amputee subculture.  Amputations are the result of frostbite from enduring the elements, competition in extreme sports, valorous combat far from loved ones, and long battles with significant illness.  Even if an amputation is planned and brings some element of relief, it still requires the individual to graduate physical therapy and adjust to a new absence of the symmetry they’ve relied on their entire lives.  Now, finally, we’re beginning to see individuality and innovation combined with form and function that opens an entirely new world—not just for amputees—but for everyone else who’ll soon have a window allowing us to visually connect prosthetics with the active and artistic trends of their users.

One Response to “Prosthetics as Wearable Sculpture: The Future of Functional Fashion”