If ever there were a precarious moment when the foundations of the great houses of fashion should tremble this is it.  Labels rely on three elements when crafting fashion, and one is about to become obsolete.  Aesthetic, innovation, and scarcity rule the industry.  Designers are skilled artists working within the medium of silhouette and texture.  Their clothes tease out elements of rich subcultures, offering visual satire of our most sacred assumptions: gender, religion, desire.

“Ghastly!” we hiss.  Then a little softer “does it come in black?” 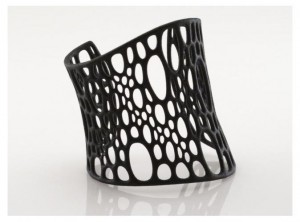 Twenty-first century innovation has spawned revolutionary thought in manufacturing textiles.  New technologies like AirDye utilize heat to transfer dye from paper to textiles, saving as much as 75 gallons of water per pound of fabric.  Conventional dying, which many industry leaders outsorce to developing countries, produces up to 72 different chemicals, 30 of which do not break down and can cause significant groundwater issues.  Inde label I Am Not A Virgin pairs unprocessed “virgin” cotton with synthetic fibers from reclaimed plastic bottles and lunch trays to make their jeans.

Having breifly established the relative continuity of aesthetic evolution and innovation, the lights turn to scarcity.  After all, haute couture, basically boils down to a exclusive creation only available to the select few with the connections and the money to obtain it.  I can name other industries that rely on scarcity to drive up prices, but the comparison most suitable is the music industry.  That’s right, Alexander McQueen, prepare to meet your Napster.

The future of 3-d printing means anyone with access to 3-d software and a printer will be able to recreate haute couture’s wearable sculptures.  They’ll be cheap(er), easy to modify, and perfectly specified to the wearer’s form.  And for many designers, they’ll also be the end of outsorcing labor under deplorable conditions.

I’m saving an in-depth look at intellectual property where the fashion industry is concerned for another post: however, I do want to highlight a very important change that 3-d printing is bringing about.  Even if budding designers don’t have access to 3-d printers, which are still relatively expensive, the technology is becoming more accessible every day.  For example, Shapeways allows users to create or upload a design and they’ll send you the finished product.  Similar to Etsy, Shapeways’ users are encouraged to set up stores and sell their products directly on the site.  Shapeways means that anyone can break into the fashion industry regardless of their textile pedigree.  And with the new crowd come engineers, gamers, and hacktivists. Tremble, Fifth Avenue. 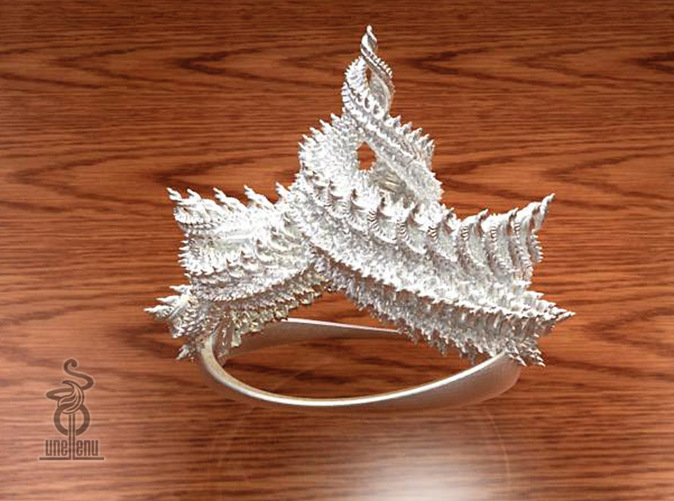