Tech in Motion hosted a fashion show for wearable tech this past week. There were ten companies that presented clothing and accessories as a part of the company’s Social Media Week. Included in the show were a knitted brains sensor that would lights up in different colors depending on your brain activity, an umbrella which lights up with a variety of colors and also in the accessories category geometric 3D printed nails by the New York City based group TheLaserGirls. The show also included 3D-printed shoes and nail art, as well as coffee-infused fabrics that can absorb odors to keep you smelling fresh. The idea behind the show was that wearable tech is now available for the average consumer.  I count myself as an average consumer and at this point none of the fashions they showed wowed me to the point of wanting to buy, but I’m excited to see what else is out there. 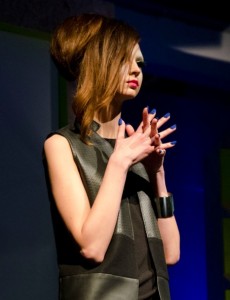 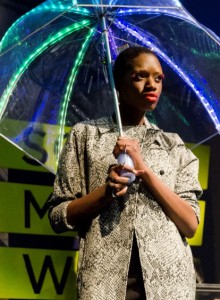 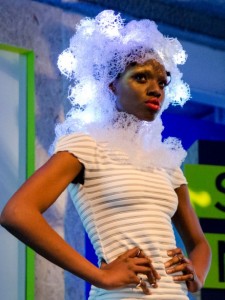