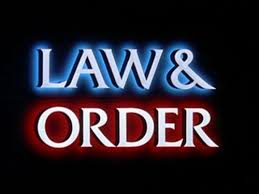 The show Law and Order aired an episode this month called Comic Perversion.  Summed up the episode is about a comic known for his satirical rapist jokes and is then accused of rape.  The victim turns out to be a poor witness and a concerned female citizen attempts to trap the comic by posing as a woman who wants to sleep with him.

In order to trap the comedian she used glasses with a camera embedded inside the frame.  Here’s the so what.  We all have an expectation that the police will not come to our house without due cause.  I have an expectation that the police or the government will not record me or my family in the privacy of my own home, but because of new media, including wearable media, I feel like I should not have expectation that I will be recorded my anyone and everyone. My friends can come into my house and record me, I can go to a local coffee shop and not be sure if someone sitting on a stool is recording me.  I have no expectation that what happens in the privacy in my home may not belong to me because I have a nosy neighbor who may using a recording device trained at my door and windows.

I am an artist and take pictures and write stories everyday.  What if I am out writing a new screenplay at the library and someone uses their recording device to look over my shoulder and steal my idea?  What happens to my right to intellectual property?

I am no longer convinced I am safe, secure, protected, and supported by the law and that’s the so what.