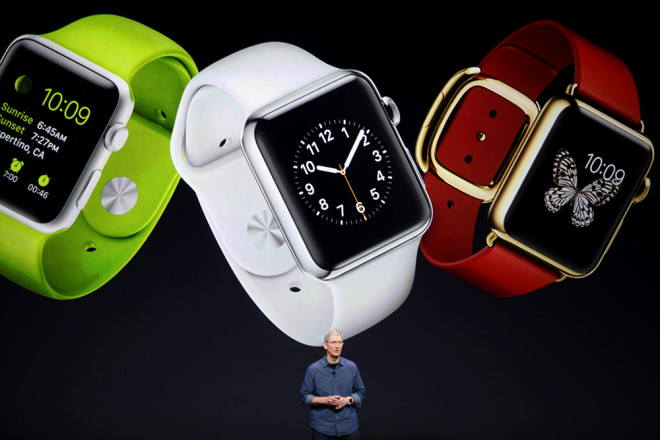 Outside of looking better than its predecessors, the interfaces seems more refined than other smart watches. Those who wear the watch can simply flip through apps with their finger, zoom in and out for easy selection with the dial on the side, send vibrations by tapping the screen and, strangely, even feel someone else’s heartbeat via the watch. A poorly recorded demonstration can be found below.

All of the “ooh” and “aah” aside, I keep asking myself the same question that popped into my head when the Pebble hit the market: Who is this for? Yes, it does look nice and it is a cool idea, but I just don’t see the practical use of this. Is there someone out there who would rather Tweet or surf Reddit via their watch instead of their phones? Wouldn’t this become more of a distraction than an actual beneficial piece of tech? I seriously cannot imagine I would sit in class or at home, and instead of using my phone – which has more memory, a larger screen and better battery life – I would look at my watch and start poking around. It just doesn’t seem very practical, and for a price of $350, not financially rewarding either.

Perhaps there is a practical way to incorporate a smart watch into an everyday routine. I don’t think the use of social media apps or text messaging is the right direction. As I think about useful ways to incorporate a smart watch, outside of 007 espionage, I seem to come up dry. Memos, calendar reminders, maybe even useful routes (either walking or diving) could be a good start, but it’s still outweighed by the practicality of a phone or GPS. A watch tells you the time and can become a fashionable accessory. Maybe this is not the route that needs to be taken to improve everyday technology (and it’s not an everyday accessory for many people).

I realize that as technology constantly and exponentially grows, we must in turn grow with it. Phones and computers are already an extension of our own selves. My phone is always with me when I need to Tweet, write down a comic book idea, send a picture or browse through Imgur. My computer is readily available when I need to actively search the web and write my comic scripts. But a watch? Again, I just don’t see the practical use for these. Maybe I’m just being biased and Apple Watch is the “next big thing” and will “explode my brain through my face,” but right now, I just don’t see it. I need to understand the actual value of owning a smart watch and how it will actually benefit me throughout the day. Until this happens, and something clicks and makes sense, I will not be investing time or money into one of these.