The Microsoft Band is a piece of wearable technology that bridges the gap between a smart watch and a Fitbit. With cell integration and the ability to check email, texts, and Facebook, it goes far beyond the typical fitness tracker. The Microsoft Band has fitness functionality that most trackers do not, such as UV detection that reads how much sunlight the wearer is exposed to in a day. 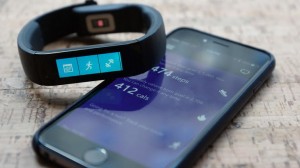 As Dia Campbell states about wearable technology, “It’s about filling the needs that are in your life.” The smart watch features set the Band apart from other fitness devices of its kind, and fills the need for a device to be both at once. It is able to download workouts to the device and to schedule them in a calendar app, which then synchronizes across all of the user’s Microsoft products. It works to enable a sense of connectivity between the Band and the rest of the user’s life. Part of what makes this device so interesting is the perception of connectivity and the ability that the device has to send reminders and activity updates to the user’s connected device. The manner in which the device is advertised and the intended use of the product drives the user to connect the Band to as many other devices as possible. This enables the various devices to remind (nag) the user into better health. It is this very interplay between the user and the device that creates a sense of connectivity among all aspects of the user’s life and the Band. 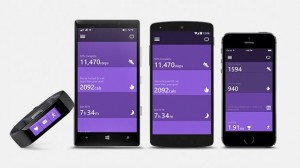 Figure 2. Microsoft Band and its interface across different devices

The strength of this connection between the user and the Band is what makes it so effective. If it can be more than an object that informs the user of the number of steps taken or heart rate, but instead be a connected part of the user’s life, then the device will have more of an effect on the user and inspire more action. It bridges the gap between fitness tracker and smart watch, creating a space in which the user is able to feel as though the device is useful while it is performing the primary task of aiding the user in meeting fitness goals.

Ultimately, it is the Band’s ability to tie-in all of the other Microsoft devices and create a cohesive whole from them that makes the device so potent. The feeling of connectivity is what will drive users to practice the intended merging of all their devices, in order to unlock the Band’s most useful and unique features. The merging of devices enables the Band to send reminders, as well as custom workouts and schedules that suit the particular user’s needs. This places the Microsoft Band, a piece of wearable technology, in a unique position to be effective where others are lacking.