The Metamorphosis line from Younghui Kim is a clothing line that detects alcohol levels in its wearers. A female dress responds to the wearer’s level of alcohol consumption through the use of colorful lights and expanding sleeves, while a male’s blazer responds by an expanding collar that slides out to cover the wearer’s face. END_OF_DOCUMENT_TOKEN_TO_BE_REPLACED 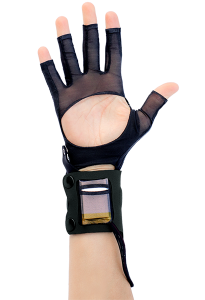 I own three dogs and I’m a busy graduate student with a full time job.  I’m not sure my dogs get the exercise they need.  If you’ve followed my blogs you k now I have an addiction to the Nike Fuelband.  I won’t say I’ve been using it lately, but I love the idea of gamification of fitness.  Well, guess what?  For those of us who go more than ten miles out of our way to buy the best food for our pets there is a wearable fitness tracker designed for them too.

According the CNBC’s Cadie Thomson fitness will be big business in the pet market, which is expected to reach $62 billion this year.

This new tracker, made especially for dogs, is designed by a New York based startup company called FitBark.  The company describes their product as a “device that attaches to a collar and collects data on the dog’s activity levels throughout the day. The data syncs to the FitBark application, so owners can check in whenever they want.”

This new tracking device will gauge a pet’s health and break down health trends so that the owner can be alerted when something is out of whack. 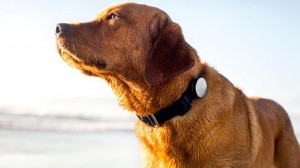 Now, I like the idea, but if my pet starts to win more Fuel points than do… 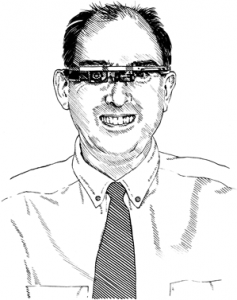 This hypertext nugget is trying to school you who have no idea about wearable media, present company included.  So I thought I would help break down the graphic for you.

First, Wearable Tech, the graphic gives a solid definition of wearable tech, but let’s throw an example out there like the Nike fuelband. The Fuelband tracks numerous things going on in your life such as how many steps you take, how many calories you expended and when to call your mother – I am totally joking about the last part, but I bet with a little coding they could do it.

According to article about wearable media, The Rise of Wearable Media, more than 8 million Brits wear some form of wearable tech.  Apparently, the more media we wear, not consume mind you, the more intelligent we feel we are.  If I am looking down on you with a pair of Google glasses you are in for it – it’s smarty pants time.  Since I have the glasses on you’ve automatically lost. Game over.

This article and chart cover so many wearable fashions such as: 3D printed shows, Apple iWatch, Intamacy 2.0 Dress (you look that one up yourself) and numerous other devices.

My concern is not that we’re all wearing body enhancement devices, but what are they saying about us as consumers.  Do I need a twitter dress that shows users’ tweets?  Maybe?  Are we building art?

But in my lowly life as a graduate student I KNOW I want the Anti-Paparazzi Clutch Bag.  It reflects light from camera flashes to obscure users from paparazzi.  I want to obscure the fact that  I’m Sasquatch since I come out of my house every few months and I’m blind people by my lack of tan.

Here’s the so what.  As the wearable technology fashion starts to gain in popularity it is time for us to look at what good this technology will do.  Can we use the Fuelband to help track people with diabetes (if they choose) to make sure they are taking in the right amount of glucose and producing the right amount of insulin.

Can we use Google Glass for the soldiers and SWAT members who’s job it is to take apart bombs.  These glasses would give the soldiers a chance to give real time pictures to support tactical units to help out.

Or what if the twitter dress existed for the Arab Spring.  One person could protest by sending out messages to people all over the world wearing a twitter dress or pants or scarf.

Purse that flashes a bright light