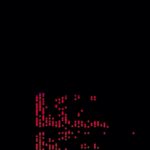 From my current vantage point, the end of the Fall 2018 semester at ATEC feels inexorably distant. This is the point at which I first encountered ATCM 6388: Critical Making as a course offering, the point at which I first began to contend with what it would mean to be a “maker.” at least, in the context of the course. And, to be clear, not just any maker, but a maker with a disability. After all, I use a wheelchair to get around, I have significant issues with fine and gross motor control. And, there is the ever-present specter of spasticity.

I would like to think that I went in with my eyes open. That through conversations with Dr. Knight and my own research, it became apparent that the amount of literature regarding people with disabilities, particularly individuals with my issues of poor motor control and significant spasticity and Critical Making was, to be frank, scarce. Dr. Knight and I explicitly talked about the fact that it could be a failure. So yes, that was a phantasm in the back of my mind from the beginning. But the anxiety of the situation was always inflected with giddiness.

I must admit, some part of me enjoys being contrarian. The thought of carving out a space for bodies like mine in the terrain of critical making was more than a little heady. From the start, I had an explicit intervention in mind. I would go in in knowing that all of my work in this course would be mediated by my embodied experience of physical disability. That embodied experience would allow me to take up a conversation that as I say, is under theorized in the canon of critical making. In short, I said yes. I would take the course, with all of its inherent anxieties. After all, they say if something terrifies you, you should do it.

I am no longer terrified. In fact, I am proud of the work that I have done in this course. I would like to think that through my particular subject position as a Person with a Disability (PWD) I have been able to create compelling work that challenges the assumptions society has about people with disabilities.

The work I’m referring to, of course, is the final project for this course. It is a looped processing sketch which places the archival voices of various kinds of disability activists and theorists in conversation with one another. Through editing various kinds of YouTube clips – a lecture by Susan Sontag, a TEDTalk by Paralympian and model Aimee Mullins, and a TEDTalk by disability activist Stella Young. I also included my own voice as a preamble to these women. in part because it was a way of explicitly situating myself within the arena of disability activism, in part because it makes the project feel more materially “mine,” and in part because I believe the polyvocality of numerous voices emphasizes an important point – that this conversation around disability and capacity, ableism and metaphor, monstrosity and care – is a living dialogue. In this sense, what we say matters.

I hope that I have been successful in creating a compelling work. Ultimately, by explicitly aligning this work with critical making, I hope to challenge some of the stereotypes and caricatures that cohere around disability and demonstrate the ways in which disabled bodies can operate within this arena we call critical making.

Before I continue, there is a brief but necessary side note. While my final project has always been about challenging conceptions of disability, emphasizing the evocative nature of the voice, and challenging those (temporarily) able-bodied individuals to reconsider their relationship to disability, my project was not always so deeply digital. As I was initially imagining this project, I wanted to use physical equipment, a tool from occupational therapy, and DIY gaming – the AbleNet Big Red switch.

I wanted to remix and recontextualize the cultural locations of disability. Even at this stage, I wanted to record audio. The Big Red Switch would transform and transmute this audio so that it would have a different evocative feeling for each participant.

I went so far as to buy all of my necessary supplies. In addition to the Big Red switch, I gathered SD cards, an AdaFruit waveshield, and an Arduino Uno. Everything I thought I would be for this project. Unfortunately, life got in the way. And despite the ambitious scope of this iteration of the project, I was continually confronted by the fact that I could do none of this physical labor myself. That is, the work of soldering, stripping wires, mounting on breadboards, and so on. Granted, for me, this was a continuing point of contestation throughout the class. Much of critical making relies on assumptions of physical capacity. Because of this assumption of the ability to sew, strip, or solder, much of the work of this class was collaborative.

Now, I understand and support the material and intellectual project of collaboration. My issue with collaboration in reference to disability is that “collaboration” often explicitly means “help.” we see this explicitly in Sara Hendren’s essay, All Technology Is Assistive: Six Design Rules on Disability, included in a collection on critical making – Making Things and Drawing Boundaries (MTDB), edited by Jentery Sayers. Granted, Hendren makes the titular argument; that “all technology is assistive technology” (140), on that same page Hendren doubles down on her logic, writing, “we are all getting help from the things we make” (author’s emphasis). Hendren’s point that design should be inclusive toward all bodies, and that design is as social as it is technological/medical are just and trenchant. My point is that there is a way to conceptualize “help” as an outgrowth of an unequal power dynamic, wherein normative bodies bequeath assistance to bodies which ordinarily lack.

To be sure, the space we created in Critical Making this semester was by no means prone to such troubling dynamics. However, if I wanted to make an intervention into ableist sociocultural paradigms, I felt a deep-seated desire to engage with my material object with as much agency as possible. This was my thought process as I moved from the wires and heat to code and software. Of course, even when we set aside a lofty aspiration to break ableism, my decision to dive into Processing had some practical reasoning behind it as well. As a PhD student, I was required to demonstrate proficiency with code. I knew I could do this with Processing.

As I turned my attention to this project in earnest however, Processing was not at the forefront of my mind. Rather, I was buoyed once again by an essay from MTDB – “Ethics in the Making.” In this essay, Erin R. Anderson and Trisha N. Campbell, borrowing from Jamie Bianco, take up the idea of creative critique, “which uses digital media and methods to not only break down, interpret, and reconstitute texts-as-data, but also invent new texts and new sensory experiences…” (Anderson and Campbell 331). Additionally, Anderson and Campbell make the argument that this digitally formed object produces its own ethics, and that the audience is afforded an opportunity to produce a different kind of ethical relation to the art object. Put differently, the process of creating the digital object produces a different set of relational possibilities in the audience.

This, in turn, was incredibly generative or my own work. My processing sketch base is borrowed, in part, from work done by Anton Pugh. The original intent of the sketch was to visualize audio from a song and create a virtual visual display.

As with my original iteration of this project, I wanted to recontextualize the purpose of data visualization. I wanted to embed the visualization to evocative audio in order to create a different relationship between the art object and the audience. Ideally, this new formulation allows for a more impactful experience. The combination of audio to visuals invites an affectual relationship.

With my reformulation, the audio takes on additional importance. And the visuals work to support the intervention of the audio. Arguably, the original does the reverse. However, even if we set aside my attempts to excavate a sensuous relationship between the art object and audience, I also experienced a deeply impactful and sensuous relationship to the audio as editor. Campbell speaks to this reality as well. Her work profiled in MTDB is based in audio. She echoes my ideal audience reception as she describes her own work. This work requires her to immerses herself in interviews with convicted murderers, two layer the original audio against her own performative re-voicing of that audio, and in so doing, she develops affective relationships with these digital personae. Campbell writes:

The process began slowly through a careful act of listening. as I sat for hours hearing James’s voice … I listened as his voice broke; I listened as he sighed; and I listened, still, as he sat in moments of silence. … [T]his process was an immersion in and among James’s obstinacies and rhythms … [This work] is a radical attempt to imagine how we respond to the experience of another by trying to feel with them. (Anderson and Campbell 333-34, author’s emphasis)

Much like Campbell, I spent hours listening to the same audio repeatedly, experimenting with different audio edits, and digital cuts, deliberately tempering these voices against one another. Then, listening to the audio on loop as I perfected the visual aesthetics of the piece. Once again experimenting with juxtapositions; this time, juxtapositions of color and point depth. Certainly, it is not a perfect raft of experience from what Campbell describes to what I accomplished. For all that I embedded my voice into this work, I was not interested in re-voicing this dialog. This is because once again, I am deeply committed to an agential stance. Ideally, the audio is experienced as an evocation. It is an insistent reminder that we are shaped by culture, and by the language we use.

I wanted to create visuals from the audio that were themselves reminiscent of audio. So, I deliberately evoked a braille aesthetic. It is red against a black background and attempts to focus the viewer’s attention. Braille is itself simultaneously a technology of disability, and a marker of disability. In this sense, in addition to the audio, I am interested in what Tobin Siebers calls a “disability aesthetic” and the “ideology of ability.”

First, a disability aesthetic, “names a critical concept that seeks to emphasize the presence of disability in the tradition of aesthetic representation … theorizing disability as a unique resource discovered by modern art and then embraced by it as one of its defining concepts” (“Introducing Disability Aesthetics,” 2). If we can understand that but I have created with this final project is at least in some sense, a work of art, disability can, quoting Siebers, become a “unique resource.” Building on this, disability aesthetics becomes a resource to critique and undercut Siebers’s “ideology of ability.” Siebers writes:

the ideology of ability is at its simplest the preference for able-bodiedness. At its most radical, it defines the baseline by which humanness is determined, setting the measure of body and mind that gives or denies human status to individual persons. (“Introduction,” 8).

This is why my project engages the language of monstrosity and pity and pain. Disability as a condition can othering, my project attempts to make that othering audible.