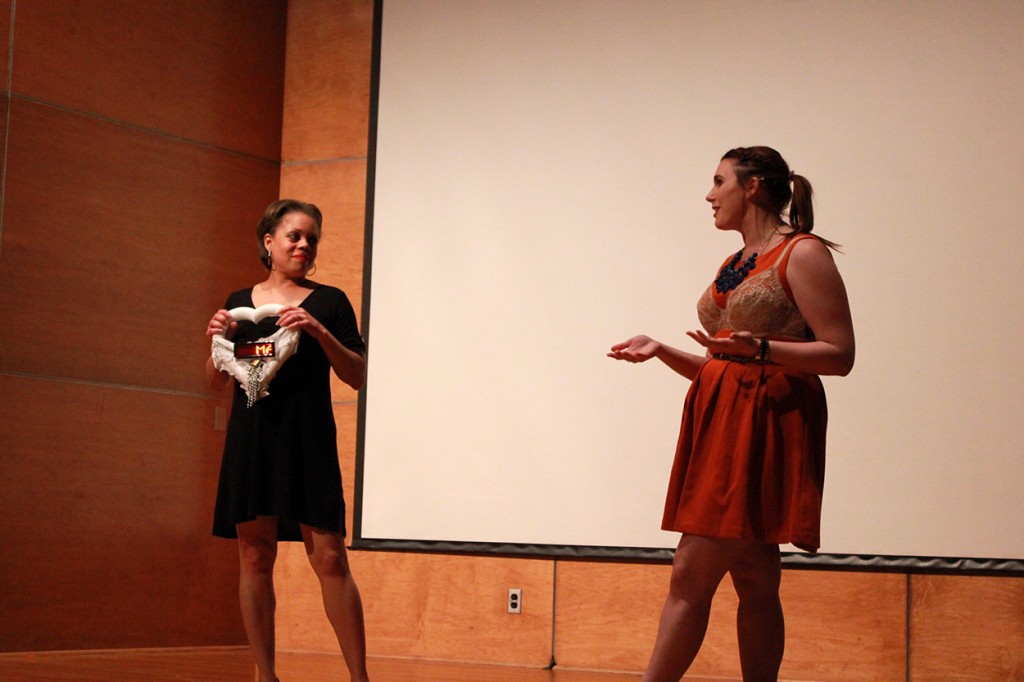 I settled on putting a red “x” on the left breast and then doing a ribbon on the right breast in pink. When I went to start coding it dawned on me that I may not have enough room to stitch both sides of the bra. Since none of your circuits can touch and bras don’t exactly have the biggest band it was difficult to map out were each line was going to run to the Lilypad. During a workshop at Kim’s house we had trouble getting my code to work in the fashion I liked. I wanted the “x” to dim on and then stay off for a few seconds and then come back on. Max was thankfully there to help with the code and we eventually got the code to work correctly. 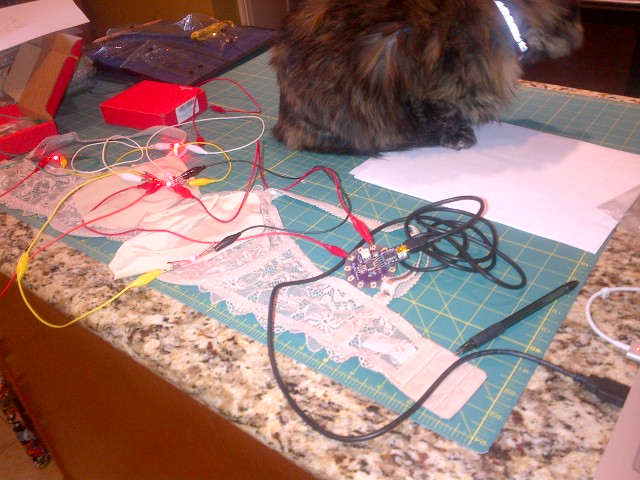 In the end I presented a bra with a red “x” on the left breast that would fade on, off, and then pause for 2 seconds before turning back on. My code can be found here. 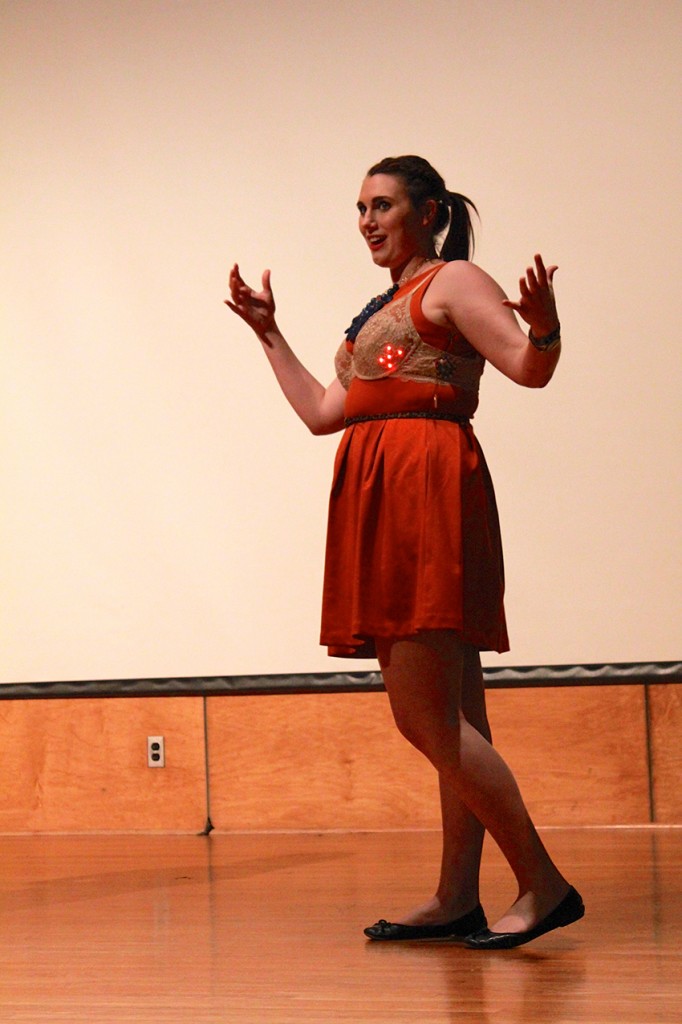