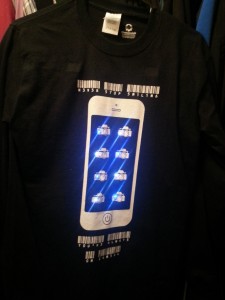 While again, the project is not focused on issues related to voyeurism, it pulls from Rothenberg’s thoughts in that individuals do maintain a right to privacy, even within a public space. Furthermore, they reserve the right to not be videoed or photographed without consent. Despite this right, there continues to be a rising social issue of people using potential devices of surveillance within realms of expected privacy. With the common implementation of the smartphone, the masses now possess video and photo capabilities all within a single device, and the culture associated with it subjects many people to non-consented exposure.

Of the many public spaces with assumed rights to privacy, fitness facilities and gyms are no exception. Whether it is on the weight room floor itself, or in a bathroom or dressing room, privacy is an essential part of the comfort individuals should have when partaking in fitness related activities in a gym. Regardless of this right, cell phone use in fitness facilities across the country continues to be a regular annoyance to both gym patrons and workers alike. “Use of cell phones on the gym floor while using equipment is dangerous for individual members and distracting to others,” Planet Fitness spokesman McCall Gosselin told the Huffington Post.

Because combating this issue is difficult, given that each gym has varying rules on cell phone use, I decided to take action. Knowing that it could lead to combative reactions by approaching each patron violating the expected norm of privacy by using a cell phone, I created the Surveillance Recognition gym shirt. 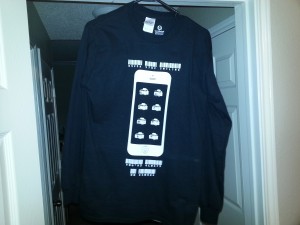 Obviously not as extreme or significant as the Zoot Suits of the 1940’s, the shirt draws on the same idea of developing an oppositional style with a deliberate message (Wilson, 2007). The shirt simply provides social commentary on the lack of privacy by displaying a head count or tally of the number of people within a public space with an expected sense of privacy who are violating the security of others. This is done so with a series of LEDs that have been sewn into the shirt. The LEDs are connected to an Arduino Lilypad and controlled with a button installed in the left sleeve. 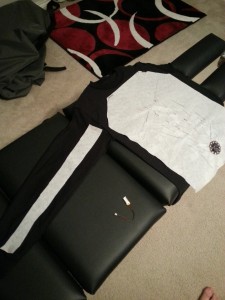 Figure 3: Lilypad and a button in a sleeve

When pressing the button once, a single LED will light up and stay lit, which shines through a printed camera on the front of the shirt. In total, there are eight cameras, each with its own corresponding LED, that all fall within the frame of a large smart phone. As the button is pressed, a new LED will light up, while the previous ones stay lit, thus starting a running tally of the number of cell phones being used within a space. Once all the LEDs are lit, pressing the button again will turn off all of the lights, thus returning the count to zero. 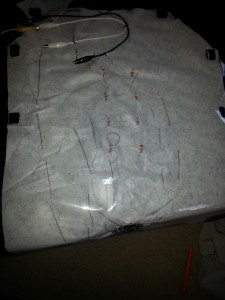 The plastic lining serves as insulation between the body of the person wearing the shirt and the electronics sewn onto the garment interfacing. This is to prevent sweat and moisture from disrupting the devices from functioning properly. Lastly, for both practical and comfort purposes, a layer of moisture wicking fabric was attached on top of the plastic lining. This was done so to aid in the effort of wicking moisture away from the electronics while also providing a layer of comfort, as opposed to having wet plastic lining rubbing against skin. Again, Velcro was used to attach the layer. 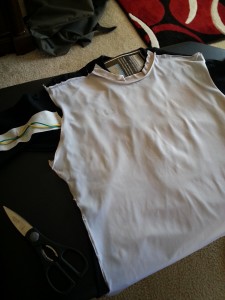 While the shirt by itself is not a ground-breaking or innovative concept that will revolutionize any particular industry, it serves the individual in a significant way. People should always be allowed to voice their concerns and even protest when it comes to what they perceive to be violations of their right to privacy, or anything else that may infringe upon any of their rights as citizens. This shirt allows people to silently raise awareness to their disdain or lack of appreciation for others performing actions that violate those rights.