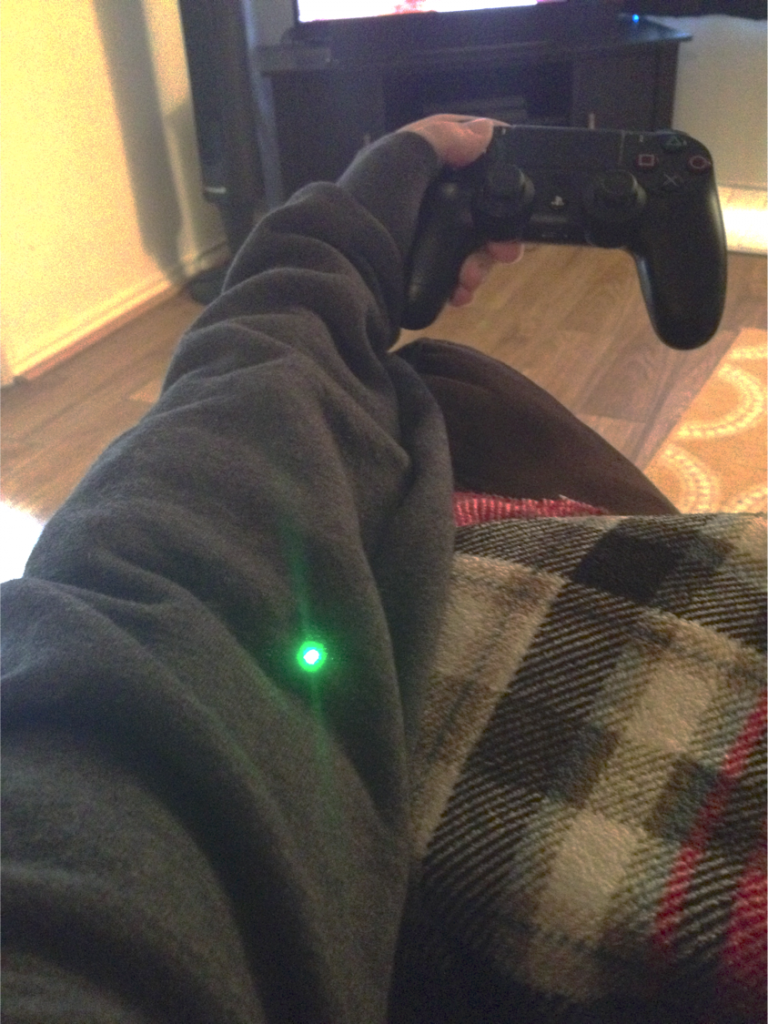 The Game Over Hoodie is based on the idea that people who play video often waste time playing when they could be doing other things. I’m personally guilty of this, and I know many of my friends who play games also fall prey to the distractions a good game presents, so I decided to make something that would us keep track of time easier than the disruptive use of checking the time on a cell phone or something similar. Games are, after all, usually meant to be immersive. Finding a way to communicate information without distracting from gameplay was paramount, so I decided to use Adafruit’s Neopixel 12 LED ring and model it after a health bar. Usually, a health bar is an actual bar, like Bioshock 2’s health bar, but they have also been round, like in Kingdom Hearts. Using a ring instead of a bar would make it easier to adjust the sleeves to the length the wearer wants; it would be difficult to push up the sleeves away from your hands if there was a big bar in the way. 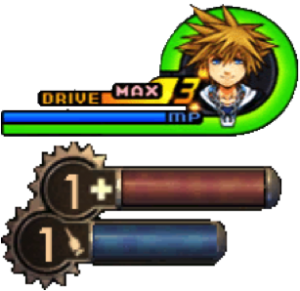 I also followed the color scheme of popular gaming health bars by transitioning from green to red. This design communicates the information easily and quickly to a user who is used to looking at health bars in games. Nintendo suggests a 10-15 minute break every 60 minutes of gameplay, but that is often unrealistic, especially since some missions take much longer to beat. My design suggests a break every two hours by eliminating a light on the ring every ten minutes and flashing red lights when the two hours is up. The ring is powered by a separate power supply in case the user is in a home theater with dim lighting and doesn’t want the lights to ruin the emersion effect. As an additional feature, I included a speaker and vibration motor, which will notify the user through buzzing and sound at the end of the two hour period in case the lights aren’t in use.

These additional features could also good for people with impaired vision. Gaming culture has a tendency to leave anyone who isn’t a member of the able-bodied majority behind and doesn’t seem to care much about checking any privileges. Sindelokë’s “Of Dogs and Lizards: A Parable of Privilege” defines privilege as “the power and advantage that only a small group of people have, usually because of their wealth or their high social class.” Gaming has both physical and social privileges, and it’s probably safe to say most gamers are privileged, but it doesn’t seem like we are often inclined to check our privilege in the gaming world. Such a sensory-heavy medium like games might be difficult to adapt to those with special needs, so shouldn’t someone who loves games want everyone to experience it? Wouldn’t developers want to have as large an audience as possible?

Gamers have cultivated a bad reputation lately as being a male-dominated, able-bodied subculture, and it is likely the majority of game developers fall into the same categories. If they checked their privileges, games could be more inclusive and tell better, more unique and dynamic stories like Never Alone, a game that explores Inuit culture. The first step to fixing these problems is doing what Sindelokë suggests: listening and believing. A person with a privilege cannot possibly have a more valid opinion about an issue than the person who is directly affected by that issue. Privilege isn’t inherently bad, but refusing to recognize and change our actions based on that recognition is bad.

Part of this refusal to acknowledge gamer privilege could be explained by Russel’s definitions of tryhards and fashion victims. Gamers are often stereotyped as outcasts, nerds, or dorks, which is likely a reason they cling so desperately to gaming culture as they know it. Gamers then try to be the very best at their chosen lifestyle. Russell says that “in many circles, wearing unfashionable clothes is taken to be grounds for denigration or social exclusion, and wearing fashionable clothes is taken as grounds for admiration and acceptance,” and this idea can also be applied to gaming technology (40). Some gamers only play PC games while others are console-exclusive players; some play fantasy RPGs and others stay as far away from them as possible. Sometimes, those who have strong opinions about games ridicule anyone who enjoys something they don’t.

The phenomenon of ‘noobs’ is comparable to a tryhard: a noob might try to take on an enemy who is too hard much too early in a game just as someone might try (and fail) to pull off a popular fashion trend. Making these mistakes in the public sphere will garner ridicule and potentially effect someone’s reputation. Russell’s third example is easily applied to gaming: by being too good at something, that person is considered uncool because of the level of dedication they give their hobby. A popular meme reads “Online gaming: where anyone worse than you is a noob and where anyone better than you has no life.” Those who play games often take pride in their skill and dedication to gaming and relish competition, so long as no one calls them a noob.

Gamers are a finicky group when it comes to gaming fashion, both digital and physical; trying too hard makes you a loser, but not trying enough makes you a noob. If we could/would step back and look at the big picture, how different would gaming look? Encouraging developers to include features for those who aren’t as privileged would be an excellent step towards becoming a more accepting group; maybe if we spent less time in digital worlds and thought about our privilege a little more, we could make incredible things happen in our actual world.

NOTE: As I was finalizing and installing the different components, the LED ring’s circuit was damaged due to excessive heat from my soldering iron. While I had never soldered a circuit before, I practiced using a kit before soldering on the ring. However, I was so focused on getting a good connection I left the heat on much too long in the wrong area of the ring. I had to substitute a more basic LED due to time constraints. The countdown on the original LED ring can be seen here: