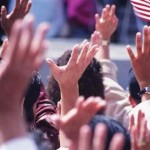 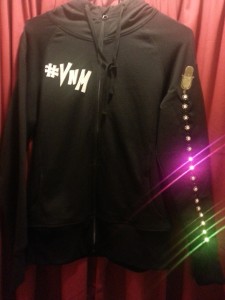 Going to a political rally and have nothing to wear? You might answer this with a “no,” but that doesn’t mean that #VNM clothing line isn’t for you.

More increasingly governments globally are blatantly displaying their power and control over the internet especially in a time of declared “emergency.” January 28, 2011 “the Egyptian government shut down the Internet and short message service (SMS)” as well as sent personal text messages via SMS straight from the Mubarak government (Aday p 7 & 16). After protests from political prisoner’s families, April 25, 2014 the Iranian government sent SMS messages to intimidate them to not participate in protest gatherings. The messages are said to say “by law, participation in any gathering without prior authorization is a crime and the violator will be punished.”  Ukraine protesters were subject to the same type of government flex when they received the text message “dear subscriber, you are registered as a participant in a mass riot.”  These are just few examples of governments utilizing digital metadata against the sovereignty of people. Even in countries without rights, it is still the people’s voice that cries out for decisions for change. “Those countries are worlds away and this could never happen in America,” you say. “We have rights,” you say. “My government has never text me,” you say.

Exposed facts of our own government’s hand in metadata and surveillance carried out by the NSA confirms that our rights are indeed being infringed, our voices are not being heard, but our metadata is loud, clear and unprotected.

#VNM Voices Not Metadata is a political line of wearable media.

The social and political issue that I intentionally desired to make a statement about has already effected you and I, accountability ignorance. Who represents you? Who is making decisions about your life? When you do feel infringed enough upon to gather, how are you informed of individuals serving committees and voting on laws and policies representing your voice? During the first stages of creative design I envisioned a QR code so that people could interact with the wearer by getting informed on the point of any gathering issue and the specific representative’s public information. Even though you could argue that a QR code could be categorized as “wearable media” I wanted to get more electrifying, literally. 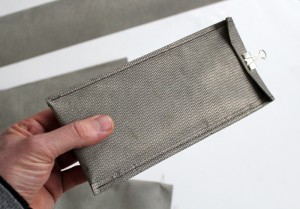 Inspired by an internet finding called “kill phone fabric” I was compelled to make a statement about governments and the use of metadata while ignoring the actual voices of the people. #VNM is a campaign to eventually play out in another step of the brand while adding the QR codes and kill phone fabric pockets in latter steps too. I wanted to design something that I knew I would wear to a rally or assembly. The electric run (in all it’s magicalness) was the first reason I signed up for the course. However, being able to spin my passion of political issues into the project was a joy! I wanted to make a statement, yet keep the fun and awe into the piece. My target audience, but not limited to, are 80s babies and younger voting demographic because ignorance is a plague among our generations.

For the purposes of my #FashioningCircuts final project I morphed an AWESOME project called LED Ampli-Tie by none other than the infamous Wearable Wednesday’s Becky Stern, to whom I owe much appreciation! Adafruit had great ideas for me to frame what I could actually do with great support through the process. The site included all the resources that I needed to successfully create my own Ampli-sleeve. This sleeve serves the purpose of representing the voices and sounds of the people and not of the metadata that is being abused by those entrusted to serve & protect for the general public good.

I choose to work with a jacket from watching documentaries and thinking about what I would wear if I were at an assembly that was outside. I also considered the future weight implications of the phone when utilizing the kill phone fabric. Among all the amazing projects I researched the Ampli-tie overview YouTube video seemed like the best resource to represent the peoples voice through a microphone, programmed Flora main board and 16 Flora Neopixels.

The real world experience would be less graceful as Ms. Stern and a longer YouTube video. However, it did not deter me. Few things that I learned on my own…

Take time on your bracelet assignment.

– I applied all the lessons I learned when completing that project. 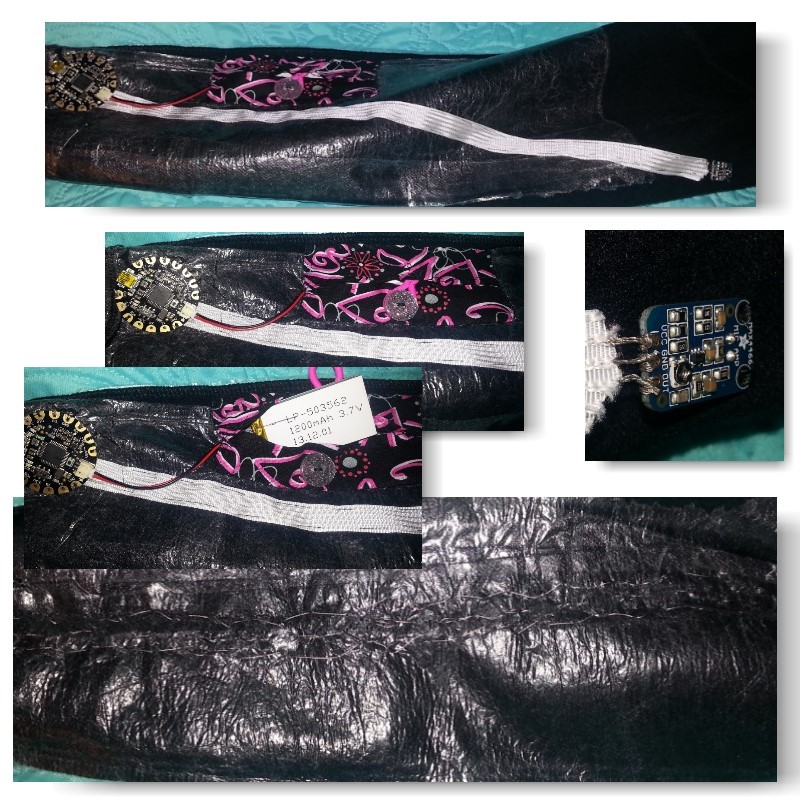 Figure 4. Inside the sleeve

Explore blogs, YouTube channels, and other resources to get an idea for what you can dream up on your own.

-I was overwhelmed at first going through the workshops because I didn’t grasp coding and what I could create with it. I really appreciated pre-coded projects (and open source) because they allowed me to dream bigger. Again, thank you Becky Stern for all your creations!

Scale it down on proposals.

-I had planned on implementing the kill phone fabric pockets to make the next step statement of your phone no longer acting as surveillance, a tool of intimidation and a source of metadata that governments are exploiting. However, I have not sewn since I was 10 or 11 years old, this is my first time working with wearable media and I’ve never encountered code the way I was immersed in this class. With all this in mind (perhaps you might have similarities too) scale it down a bit.

When looking on a pre-ordered supply list, make sure that ALL components are included.

-I had to up the number of NeoPixels and add the conductive thread ribbon into my cart.

When the going gets tough, the tough call their husband (insert significant person in your life and use their perspective) to help trouble shoot! 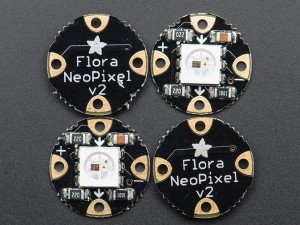 -Funny thing. Of course there is a negative and a positive to work with on the RGB smart pixels I ordered. However, I didn’t realize the extreme importance of the arrow on the front too. I was trying to trouble shoot the issue of not having overlapping conductive thread lines therefore I adjusted the led as needed. After two removals of the Flora main board and several strand light tests I realized that the issue was not the connection. I knew I had to start from scratch. It wasn’t until starting from scratch that we realized value of the arrows. They need to go up. I learned the hard way and had to disassemble the whole sleeve and switch to the other side because when you cut conductive thread its left behind microfibers could be the cause of a future short circuit. Before I reassembled I ironed on interface to provide a more stable base for the circuit to be sewn into. Lastly, test, test and test as you go no matter how excited you are to sew!

-I found that not sewing down the board left the connections able to wiggle and fray the conductive thread knots. On the final sleeve I sewed it down using regular thread in holes that I was not using in my circuit. It stabilized the shorts I was able to see in the flickering of the NeoPixels.

This was a tool that I could not have done my project without (shout out to my dad!). With this tool I was able to remain confident in my sewing because it measures the electric circuit as voltage, resistance, and current. 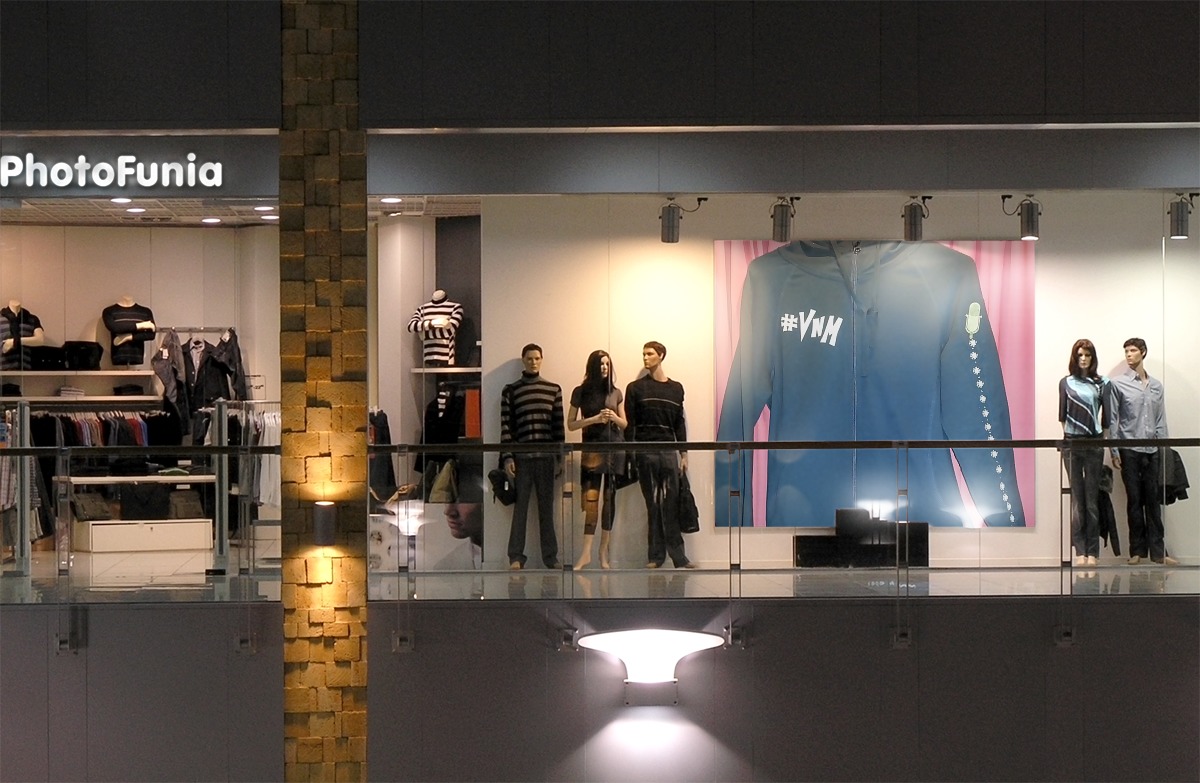 Figure 6. Not serious. Not yet!